War on Venezuela: Washington’s False Accusations Against The Chavez Government 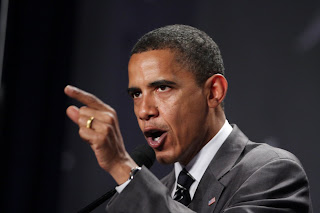 Ever since the US-supported coup attempt against President Hugo Chavez in Venezuela failed in April 2002, Washington has been pursuing a variety of strategies to remove the overwhelmingly popular South American head of state from power. Multimillion-dollar funding to anti-Chavez groups in Venezuela through US government agencies, such as the National Endowment for Democracy (NED) and the US Agency for International Development (USAID), has increased exponentially over the past ten years, as has direct political support through advisors, strategists and consultants- all aiming to help an unpopular and outdated opposition rise to power.

US government agencies, including the State Department, Central Intelligence Agency, National Directorate of Intelligence and the Pentagon, have pumped up their hostile language towards the Venezuelan government in recent years. The major oil-producing nation has been placed on the countless, and baseless “lists” produced annually by Washington, including “failure to cooperate with counter-narcotics efforts”, “failure to aid in the war on terror”, “trafficking in persons”, and others, that are based on political decisions instead of concrete, substantial evidence to support their accusations. These classifications have enabled Washington to justify not only the millions of US taxpayer dollars channeled to anti-Chavez groups fronting as NGOs, but also to increase military presence in the region and convince public opinion that Hugo Chavez is an enemy.

Despite “promises” of respectful relations and non-intervention, the Obama government’s hostile language and actions towards Venezuela have led to a freezing of diplomatic relations between both nations coupled with expanding plans within Washington to include the South American nation in the “terrorist axis of evil”. The build-up against Venezuela that began during the George W. Bush administration has been rapidly excelerated by Obama. With the House Foreign Relations Committee in the hands of Florida Republicans Ileana Ros-Lehtinen and Connie Mack – both rabid Chavez-haters – Congress has been pushing hard for direct actions against Venezuela to provoke Chavez’s ouster and place a “US-friendly” government in power.

Not only does Venezuela have the largest oil reserves on the planet, with possibly over 500 billion barrels, about 300 certifiable, but the country’s geopolitical position as the port of South America, with borders on the Caribbean, Andean and Amazon, make it one of the most strategically important nations in the world. In addition to oil, Venezuela has vast mineral reserves, heavy metals, uranium and water.

President Chavez’s growing leadership and influence in the region has angered Washington for some time. Efforts to demonize, ridicule and even ignore the Venezuelan head of state have been employed by the US government and mass media over the past several years, creating a distorted perception amongst public opinion of Venezuela’s reality. Despite numerous elections, all overseen by international observers and in which Chavez has won with around 60% of the vote, international media portray the Venezuelan President as a “dictator” and the nation as a “failing state”. But Venezuela’s growing, vibrant democracy, in which a majority previously excluded and silenced by prior US-supported governments today participate freely and widely, has achieved extraordinary changes in the nation, including a 50% reduction in poverty, a guarantee of free, universal healthcare and education, a 6% unemployment rate (down from 15%) and major infrastructure development.

While President Obama has largely refrained from personally commenting on Venezuela, as did his predecessor Bush, a recent interview provided to an anti-Chavez national daily newspaper, El Universal, evidences a shift in policy. The interview, given on the heels of an alarming broadcast of an uncorroborated “report” attempting to link Venezuela, Cuba and Iran to a terrorist plot against the US, which aired on the largest Spanish-language station in the United States, Univision, reads like a page right out of the thick book of false accusations made against Venezuela since Chavez came to power in 1999.

In written responses to the Venezuelan newspaper, Obama (or his team of advisors) insinuated Venezuela was a dictatorship and expressed his “concern about the government’s actions, which have restricted the universal rights of the Venezuelan people, threatened basic democratic values, and failed to contribute to security in the region”. Obama, of course, fails to cite any real examples to substantiate his “concerns”. These are merely the types of statements that have been regurgitated by Washington’s spokespeople over the past decade, never with a shred of viable evidence to back their damning claims.

No rights have been restricted in Venezuela by the government. In fact, rights have been amplified under the new constitution that was written and ratified by the people of Venezuela in national referendum in 1999. Venezuelans have the basic rights to healthcare, education, food, housing, dignified work, a living wage, participation, expression, recreation and culture that the 300 million citizens of the United States don’t have. And it’s cynical to say that Venezuela, a country with minimal military power that has never attacked another nation, threatened or invaded a neighbor, is a “regional security threat”. The US government’s 200-year history of invasions, massacres, coups, interventions and other aggressions against almost every Latin American and Caribbean nation cannot be left “in the past” as Obama would prefer.

Obama didn’t fail to mention his “concern” about Venezuela’s relationship with Iran, regarding which he stated, “We take Iranian activities, including in Venezuela, very seriously and we will continue to monitor them closely”. It’s no coincidence that these statements follow the airing of the Hollywood-esque Univision documentary, “The Iranian Threat”, which makes dangerous defamatory claims against the Chavez administration in an attempt to include Venezuela in a bogus terrorist plot.

Despite the ridiculousness of the Univision claims, members of Congress are bantering Obama to take preemptive action against both Iran and Venezuela. Other “commentators” and “analysts” are busy writing blogs and columns warning of the growing terrorist threat south of the US border. These dangerous, unfounded accusations could easily be used to justify an attack against Venezuela, as weapons of mass destruction was used against Iraq and “protecting the population” was used against Libya.

Iran and Venezuela have a normal commercial relationship. The two countries share technology and resources to make automobiles and bicycles, build housing construction and run milk factories. Surely cars, homes and milk don’t equate to a terrorist threat. Time again, Venezuela has shown there are no “terrorist training camps” on its soil. Nor is it secretly building a bomb to attack the US. Venezuela is a nation of peace. It does not invade, attack or threaten other countries.

Obama’s reckless bandwagoning of aggression against Venezuela could lead to an unnecessary atrocity. As President Chavez said, Obama would be better off focusing on the troubles at home, rather than trying to create new ones abroad.
Posted by Eva Golinger at 1:06 PM