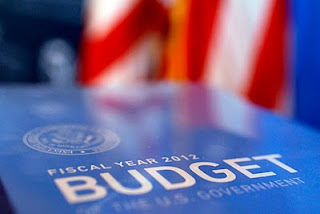 The US government is setting the terrain for the 2012 presidential elections in Venezuela, soliciting funding to back anti-Chavez groups and help prepare a "candidate" to oppose Chavez. Republicans call for an "embargo" against the oil-producing nation

This week, US President Barack Obama presented Congress with a $3.7 trillion dollar budget for 2012, the most expensive budget in United States history. Within his massive request, which proposes cuts in important social programs and federal jobs throughout the country, is a partition for special funding for anti-Chavez groups in Venezuela.

Included in the whopping $3.7 trillion request is over $670 billion for the Pentagon's ever-increasing annual budget, nearly $75 billion for the intelligence community and $55.7 billion for the State Department and the US Agency for International Development (USAID).

For the first time in recent history, the Foreign Operations Budget (State Department) openly details direct funding of at least $5 million to anti-Chavez groups in Venezuela. Specifically, the budget justification document states, "These funds will help strengthen and support a Venezuelan civil society that will protect democratic space and seek to serve the interests and needs of the Venezuelan people. Funding will enhance citizens' access to objective information, facilitate peaceful debate on key issues, provide support to democratic institutions and processes, promote citizen participation and encourage democratic leadership".

While the descriptive language justifying the diversion of millions in US taxpayers dollars to fund political groups in a foreign nation may sound "pretty", this type of funding has been a principal source of promoting subversion and destabilization in Venezuela against the democratic and majority-supported government of Hugo Chavez during the past eight years. According to public documents, just between the years 2008 to 2011, the US State Department channeled more than $40 million to the Venezuelan opposition, primarily directing those funds to electoral campaigns against President Chavez and propaganda slated to influence Venezuelan public opinion.

The funding requested in Obama's 2012 budget for anti-Chavez groups in Venezuela comes from a State Department division titled "Economic Support Fund" (ESF), which per State spokesman Philip Crowley, is used to fund NGOs and other non-governmental groups in "key strategic and important countries" for Washington. On top of the ESF funds for the Venezuelan opposition, additional multimillion-dollar financing for political campaigns, media propaganda and other destabilization activities in the South American nation is channeled through the National Endowment for Democracy (NED), International Republican Institute (IRI), National Democratic Institute (NDI) and various other US and international agencies that support groups around the world who promote US agenda.

The State Department's public disclosure of 2012 funding for the Venezuelan opposition comes just after the Venezuelan National Assembly passed a law prohibiting foreign funding for political activities in late December 2010. The Law in Defense of Political Sovereignty and National Self-Determination clearly renders all foreign funding for political campaigns, parties and organizations, including NGOs, that engage in political activities, illegal. How exactly does Washington propose to channel those $5 million to Venezuelan groups, when such financing clearly constitutes a violation of Venezuelan law?

In previous years, the Foreign Operations Budget never explicity detailed direct State funding to political groups in Venezuela. Since 2002, Washington has used an office of USAID, the Office for Transition Initiatives (OTI), to filter its multimillion-dollar funding to its Venezuelan counterparts. The OTI office, which was run like a clandestine operation in Caracas and never had authorization from the Venezuelan government to set up shop in the country, abruptly closed its doors at the end of 2010 and transferred its activities to Washington, and Miami. It was the longest running OTI operation in US history.

Clearly, funding and political support for the Venezuelan opposition has now been given a top priority and will be handled directly by the State Department.

The funds requested in the State Department's budget for 2012 most likely will be directed towards political campaigns, since Venezuela has both key presidential and regional elections that year.

The State Department budget also requests $20 million in funding for anti-Castro groups in Miami and elsewhere to continue efforts to undermine the Cuban Revolution.

Do US taxpayers know their hard-earned dollars are going to fund political activities in other nations instead of being invested in jobs, healthcare and social programs in their own country?

This week Republican congressman and Head of the House of Representatives Sub-Committee on Foreign Affairs for the Western Hemisphere, Connie Mack, called on the Obama administration to impose an economic embargo against Venezuela, citing alleged links to terrorist groups as justification.

Mack, a neoconservative representing Southern Florida, also requested the US include Venezuela on this year's "state sponsors of terrorism" list, a petition the congressman has made unsuccessfully during the last three years.

During a speech at the Conservative Political Action Conference (CPAC), Mack referred to the democratically-elected Venezuelan President as a "thugocrat" who uses "weapons" such as "oppression, aggression, terrorism and drugs" to "destroy liberty and democracy in Latin America".

Mack did not present any evidence to back his outrageous claims. The Floridian Republican went so far as to allege that President Hugo Chavez "has become the Osama bin Laden and the Ahmadineyad of the Western Hemisphere".

During the past several years, right-wing sectors in Washington have escalated calls for direct aggression and intervention against Venezuela. Their cries have been accompanied by an increased funding for anti-Chavez groups with the hopes of fomenting destabilization and unrest in Venezuela, while working internationally to "isolate" the Venezuelan government and demonize President Chavez himself.

Nonetheless, the Venezuelan head of state retains a near 60% popularity at home and is one of the most admired leaders worldwide.
Posted by Eva Golinger at 5:27 PM

It is interesting to see that no matter what administration is in in the US the foreign policy is essentially the same. Progressives in the US and all over seem to cut the Democrats some slack because they are not (Bush, Reagan, Nixon, etc. put your favorites warmonger here) but they are just as committed to the maintenance and spread of the empire as the republicans are. They are only slightly less aggressive (but perhaps more devious) about it.

The Gaddafi-in-Venezuela rumor. This is ridiculous on the face of it. Isn't this a psyops clue that the color-revolution wave is going to be making a move in Venezuela?

Hello all, I think that the USA is really doomed. I mean real real doomed. I live in USA in Tennessee, and even though gasoline and food prices are rising real fast every month, most people in this lazy, dumb, fat state are only worrying about their childrens activities like playing baseball and family activities that are very important and good, but i just think that people in this state should also be worried about food, gas and the collapse of the US economy and dolllar instead of concentrating only family matters. I think that anti-economics world view that these dumb people here is caused by conformism. They conform to a life of cheap foop, and low health. Well i just hope that in the near future these conformist people wake up and rebel like the people of Egypt, because poverty is on the rise in the state of Tennessee and in most states of America. Thanx

I was wondering if you would update your post since Feb 17, as it seems the situation in Libya rapidly deteriorates, human rights abuses pile up, and Latin American states - particularly Venezuela - have been strangley silent. I used to have admiration for Boliviarian Socialismo in the 21st Century, but Chavez's recent pronouncements on Gaddafi clearly put him on the wrong side of history. He misses the point in blaming U.S. imperialism and lust for oil on this occasion. The world is becoming a very nuanced place, and Chavez has missed it.

I am embarrassed to say that I voted for Obama and the rest of the (so called) Democratic ticket, but proud to say that I will never vote for them again. "Steeltown" is exactly correct in saying that the Dems are just as bad as the Reps. Obama has completely capitulated to the Oilgarchy and Plutocracy. He IS one of them.

I also agree with "marxist" that the US thinks that it's "flying down the high, when in fact it's slip sliding away". (to paraphrase Paul Simon) The US is headed into the toilet. Let's all hope that as the Empire collapses, the Oligarchs don't become like a cornered badger, and lash out at whomever is near by.