US INTERFERENCE IN VENEZUELAN ELECTIONS 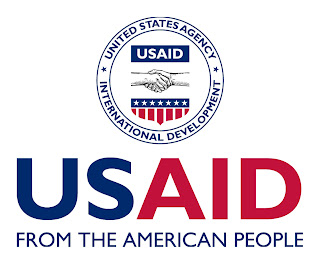 In 2002, the US Agency for International Development (USAID) arrived in Venezuela with a mission: Remove Hugo Chavez from power

A report commissioned by the National Endowment for Democracy (NED) and published in May 2010 by the Spanish Foundation for International Relations and Foreign Dialogue (FRIDE) revealed that this year alone, international agencies are investing between $40-50 million in anti-Chavez groups in Venezuela. A large part of those funds have been channeled to the opposition coalition, Democratic Unity (MUD), and its campaign for the upcoming legislative elections on September 26.

A majority of funding comes from US agencies, particularly USAID, which has maintained a presence in Venezuela since 2002 with the sole intention of aiding in President Chavez’s removal from power. For the past eight years, USAID has channeled millions into political parties, organizations and private media entities linked to the opposition, helping them to grow and unify, and providing strategic advice, support and resources for their political campaigns.

Unlike in other nations, USAID has no formal agreement or authorization from the Venezuelan government to operate in the country. As an oil-wealthy nation, Venezuela does not qualify for economic aid from the United States. Nonetheless, USAID has been operating in Venezuela unauthorized through its political office during eight years, funding and helping to design and plan anti-Chavez campaigns and feeding an internal conflict with millions of US taxpayer dollars.

In a confidential memorandum dated January 22, 2002, Russell Porter, head of USAID’s Office of Transition Initiatives (OTI), revealed how and why USAID set up shop in Venezuela. “OTI was asked to consider a program in Venezuela by the State Department’s Office of Andean Affairs on January 4…it became clear there is growing concern about the political health of the country. OTI was asked if it could offer programs and assistance in order to strengthen the democratic elements that are under increasing fire from the Chavez government”.

The Office of Transition Initiatives is a division of USAID that works exclusively with political matters to further US government objectives abroad. OTI provides short-term, rapid and flexible assistance to aid “political transitions and stabilization efforts” in countries of strategic importance to Washington.

Porter visited Venezuela on January 18, 2002 and held nine meetings in Caracas with representatives from opposition political parties and organizations. “There is a belief among nearly everyone I spoke with that Chavez will not finish out the year as president”, wrote OTI’s chief, noting, “Rumors of a coup are pervasive…The next election is four years away. Given the situation now, Chavez will not likely be around to participate in it”.

To ensure Venezuela’s political destiny would be favorable to US interests, Porter commented, “For democracy to have any chance of being preserved, immediate support is needed for independent media and the civil society sector…One of the large weaknesses in Venezuela is the lack of a vibrant civil society…The National Endowment for Democracy (NED) has a $900,000 program in Venezuela that works with NDI, IRI and the Solidarity Center to strengthen political parties and the Unions…This program is useful, but not nearly sufficient. It is not flexible enough, nor does it work with enough new or non-traditional groups. It also lacks a media component”.

“Civil society needs to be strengthened in order to reduce social conflict and begin to rebuild the democratic infrastructure. While OTI is not the right office to rebuild long-term democratic infrastructure, it is the office that can best reduce social conflict by working with the media and civil society. In addition, with no USAID Mission in Venezuela, OTI is the natural office to start a high-impact program quickly. Success, however, is far from guaranteed. No matter how good the program, anti-democratic forces may well overrun democracy, but then OTI will need to be there to pick up the pieces and strengthen those democratic elements that remain”, elaborated Porter, evidencing the extent of US intervention. He concluded, “I recommend OTI send an assessment team to Venezuela as soon as possible with a prejudice toward starting an active program to support civil society and the media”.

After the failed coup d’etat against President Chavez in April 2002, OTI formally established its office in Caracas with a clear objective: facilitate a recall referendum against the Venezuelan President.

Another confidential memo dated October 2003 from OTI outlined the strategy: “The most immediate program objective…is the realization of a successful referendum, followed by the restoration of stable democratic governance”.

USAID defined its strategy with “two distinct, but closely interrelated components”. “The first of these is the faciliation of a successful and legitimate recall referendum process…The second component is support for fostering an inclusive reconciliation process”. First, they would have to recall Chavez’s mandate, and then, implement a “transition and reconciliation government”.
To achieve the first objective, USAID channeled more than $750,000 to a “public information campaign” in Venezuelan media. “The purpose of this assistance…will be to help the population better understand the procedure and what is at stake…”

Through USAID and NED support, Sumate, a Venezuelan organization, was created to provide “domestic observation/quick count” and “electoral education campaigns”, all of which were directed against President Chavez. From that time on, Sumate has maintained the same role in all subsequent electoral campaigns. Sumate’s founder, Maria Corina Machado, met personally with President George W. Bush in the White House in May 2005 as a sign of support for the Venezuelan opposition. Today, she is a candidate in the upcoming National Assembly elections.

As evidence to the close relationship maintained between US agencies and opposition groups in Venezuela, the confidential memo revealed, “OTI will hold regular coordinating meetings with the grantees funded directly through USAID in both Caracas and Washington to ensure…implementing partners are achieving the objectives of the program”.

OTI field offices usually do not extend beyond a time period of 2-3 years. However, in the case of Venezuela, USAID anticipated an exception. “The US objective in Venezuela is the continuation of a stable, free market-oriented democracy. Regardless of the result of the referendum process, given the continued potential for conflict and volatility, the OTI program should probably continue into FY ’05…If instability and volatility continue, the eventual restoration of stability in Venezuela is important enough to USG interests for consideration of reintroducing a longer-term USAID program”.

After the recall referendum was won victoriously by the Chavez camp, USAID opted for a greater investment and expansion of the agency’s interventionist activities in Venezuela.

A declassified cable sent in April 2005 from then US Ambassador in Caracas, William Brownfield, to the Secretary of State and the National Security Council outlined the work the National Democratic Institute (NDI) and the International Republican Institute (IRI) were pursuing “to facilitate the renovation/transformation of Venezuela’s political parties”. “They are working with opposition parties to help them focus on their survival as relevant political institutions”, revealed the cable.

“In January 2005, NDI began implementation of a year-long $500,000 project focusing on party transformation…Of primary importance will be the mobilization and engagement of reformist forces (e.g. young leaders, women, civil society) so that necessary change does indeed occur” in the legislative elections.

Brownfield indicated how “experienced trainers/political consultants” were brought from the US to aid opposition parties in the “development of strategies and messages that address the aspirations of low-income voters”, which the US Ambassador considered a “high priority”, considering it’s the base of hard-core Chavez supporters. And although opposition parties AD and COPEI appeared as principal beneficiaries of these programs, the cable also revealed support to Primero Justicia for “modern techniques of message development and diffusion”.

In January 2005, IRI also received $500,000 to continue its program of “campaign schools” for opposition candidates. According to the document, “Topics to be covered in the campaign schools include: campaign strategy and organization, message development, outreach, fundraising, public relations, get-out-the-vote techniques, and candidate selection”. Not only were US agencies funding and training opposition candidates, but they were involved in selecting them as well.

In the end, the opposition chose to boycott the legislative elections instead of facing a severe defeat at the polls.

Five years later, the funds opposition parties are receiving have multiplied by the millions, as have the hundreds of new anti-Chavez organizations created in Venezuela under the façade of NGOs.

In 2003, USAID funded 66 programs in Venezuela. Today, this figure has grown to 623 with more than $20 million. USAID’s original objective of “strengthening civil society” has been achieved.

There remains no doubt the Venezuelan opposition – in all its manifestations – is product of the US government. US agencies fund and design their campaigns, train and build their parties, organize their NGOs, develop their messages, select their candidates and feed them with dollars to ensure survival.

Until USAID achieves its principal objective – Hugo Chavez’s ouster – their work will continue.

Thanks for this article.