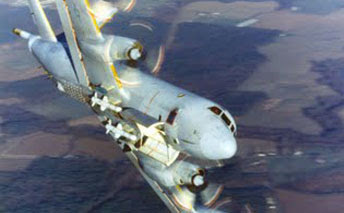 A Department of State publication from 2006 classified the Dutch islands of Aruba, Bonaire and Curaçao as the “The Third Frontier of the United States”, considering the Caribbean colonies part of the “geopolitical border of the United States”. In reaction to the growing US military presence on Curaçao, a local journalist commented, upon visiting one of the US war ships, “After leaving the war ship, we had the sensation that all of a sudden, we are now very important…”
Posted by Eva Golinger at 4:38 PM

To be absolutely accurate, Washington did not deny the May 2009 airspace violation. This Reuters report from May 19th 2009 confirms that the Pentagon acknowledged that a Navy aircraft strayed into Venezuelan airspace:

I enjoy your writing and don't disagree with your overall narrative but the audio Carrizalez provided doesn't catch Washington in a lie as you suggest.

To Richard Crowther, the article you posted is NOT from 2009 but from year 2008 my friend.

Great material! Thanks for keeping us informed.

Apologies all round for my mistake regarding the dating of the Reuters report. That was a stupid oversight on my part. Thanks to Metro for pointing it out.