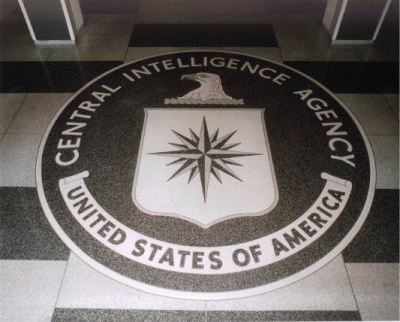 At least eight U.S. citizens were killed on a CIA operations base in Afghanistan this past Wednesday, December 30. A suicide bomber infiltrated Forward Operating Base Chapman located in the eastern province of Khost, which was a CIA center of operations and surveillance. Official sources in Washington have confirmed that the eight dead were all civilian employees and CIA contractors.

Fifteen days ago, five U.S. citizens working for a U.S. government contractor, Development Alternatives, Inc. (DAI), were also killed in an explosion at the U.S. Agency for International Development (USAID) office in Gardez. That same day, another bomb exploded outside the DAI offices in Kabul, although no serious injuries resulted.

The December 15 incident received little attention, although it occurred just days after the detention of a DAI employee in Cuba, accused of subversion and distribution of illegal materials to counterrevolutionary groups. President and CEO of DAI, Jim Boomgard, issued a declaration on December 14 regarding the detention of a subcontractor from his company in Cuba, confirming that, “the detained individual was an employee of a program subcontractor, which was implementing a competitively issued subcontract to assist Cuban civil society organizations.” The statement also emphasized the “new program” DAI is managing for the U.S. government in Cuba, the “Cuba Democracy and Contingency Planning Program”. DAI was awarded a $40 million USD contract in 2008 to help the U.S. government “support the peaceful activities of a broad range of nonviolent organizations through competitively awarded grants and subcontracts” in Cuba.

On December 15, DAI published a press release mourning “project personnel killed in Afghanistan”. “DAI is deeply saddened to report the deaths of five staff associated with our projects in Afghanistan…On December 15, five employees of DAI’s security subcontractor were killed by an explosion in the Gardez office of the Local Governance and Community Development (LGCD) Program, a USAID project implemented by DAI.”

DAI also runs a program in Khost where the December 30 suicide bombing occurred, although it has yet to be confirmed if the eight U.S. citizens killed were working for the major U.S. government contractor. From the operations base in Khost, the CIA remotely controls its selective assassination program against alleged Al Qaeda members in Pakistan and Afghanistan using drone (Unmanned Aerial Vehicles) Predator planes.
A high-level USAID official confirmed two weeks ago that the CIA uses USAID’s name to issue contracts and funding to third parties in order to provide cover for clandestine operations. The official, a veteran of the U.S. government agency, stated that the CIA issues such contracts without USAID’s full knowledge.

Since June 2002, USAID has maintained an Office for Transition Initiatives (OTI) in Venezuela, through which it has channeled more than $50 million USD to groups and individuals opposed to President Hugo Chávez. The same contractor active in Afghanistan and connected with the CIA, Development Alternatives Inc. (DAI), was awarded a multi-million dollar budget from USAID in Venezuela to “assist civil society and the transition to democracy”. More than two thousand documents partially declassified from USAID regarding the agency’s activities in Venezuela reveal the relationship between DAI and sectors of the Venezuelan opposition that have actively been involved in coup d’etats, violent demonstrations and other destabilization attempts against President Chávez.

In Bolivia, USAID was expelled this year from two municipalities, Chapare and El Alto, after being accused of interventionism. In September 2009, President Evo Morales announced the termination of an official agreement with USAID allowing its operations in Bolivia, based on substantial evidence documenting the agency’s funding of violent separtist groups seeking to destabilize the country.

In 2005, USAID was also expelled from Eritrea and accused of being a “neo-colonialist” agency. Ethiopia, Russia and Belarus have ordered the expulsion of USAID and its contractors during the last five years.

Development Alternatives, Inc. is one of the largest U.S. government contractors in the world. The company, with headquarters in Bethesda, MD, presently has a $50 million contract with USAID for operations in Afghanistan. In Latin America, DAI has operations and field offices in Bolivia, Brazil, Colombia, Cuba, Ecuador, El Salvador, Guatemala, Haiti, Honduras, Mexico, Nicaragua, Peru, Dominican Republic and Venezuela.

This year, USAID/DAI’s budget in Venezuela nears $15 million USD and its programs are oriented towards strengthening opposition parties, candidates and campaigns for the 2010 legislative elections. Just two weeks ago, President Chávez also denounced the illegal presence of U.S. drone planes in Venezuelan airspace.
Posted by Eva Golinger at 2:33 PM

Gee. I'm all broken up over this.

Anyway, here is what I would like to say about the news -

I don't understand: why does Venezuela's government not make a law to ban money from the US government (and other capitalist entities) being used to support political groups in Venezuela? And why doesn't the government close that "Office for Transition Initiatives (OTI) in Venezuela", and expel USAID/DAI people like Bolivia did?

If I was President Chavez, I would immediately order that law, or propose it to Venezuela's national assembly, like how Evo did it in Bolivia.

Socialism is when we, the people, take control of our world's capital (farmland, factories, etc), & manage it democratically, ensuring human rights for everyone - including food, health care & clean water.

I just got an email from a friend in Nicaragua. He was reminding me of a promise I (sort of) made when I was there in July: to (somehow) come up with a laptop computer for his daughter, who will be starting college soon. Since I’m a little short of cash right now – I still haven’t seen a penny of my early retirement dough – I was thinking of asking DAI for help.

That’s Development Alternatives, Inc – the company that recently sent one its employees to Cuba to hand out laptops, cellular phones and some other “sophisticated” communications equipment. The as yet unidentified person, “a committed development professional with many years of experience providing humanitarian assistance and development assistance worldwide,” according to his boss, is currently locked up down there.

I’m sure it’s just a technicality. Someone just needs to explain to the Cubans – you know how cranky they get about “imperialism” and “dissidents,” and whatnot – that the guy was on a humanitarian mission. President Raul Castro and big brother Fidel (always lurking in the background y’know) could be jeopardizing a $45 million project to help their country!

That’s right. All that nonsense about overthrowing the government and assassinating its leaders and trying to punish the island economically – that’s all in the past. Now, it’s all about “transitions” – to democracy, a free market. Those stubborn old Commies have to cooperate, though, and shed some old prejudices.

One thing they definitely need to do is change that law that bans participation in USAID projects in Cuba. DAI, y’see, works on USAID money. The Cubans have to learn to see past the past, so to speak. All this talk about USAID (and its subcontractors) working for or with the CIA is just a paranoid hangover of the old Cold War. I’m sure if the detained humanitarian with the laptops had known about the law, he wouldn’t have gone to Cuba – or at least would have asked for an exemption.

The CIA and USAID are both federally-funded, both headquartered in Washington, DC, and both work in foreign countries. Of course, there’s going to be some overlap. I mean, they probably have to cooperate on the really important stuff, like terrorism and drug trafficking. The Cubans really need to rethink their positions. I mean, what good are free housing, education and healthcare, if you ain’t got a Blackberry?

(By the way, anyone out there got DAI’s number. I gotta get that laptop for Chevo’s kid.)